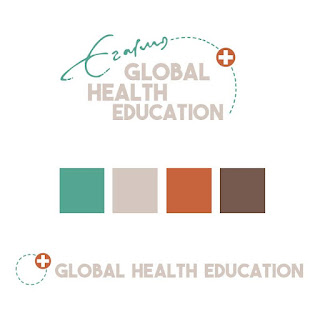 This fifth Masterclasses will be on 'The Discovery of HIV/AIDS' by Nobel Prize laureate Professor Francoise Barré-Sinoussi, moderated by Professor Ab Osterhaus.
Françoise Barré-Sinoussi was born in July 1947 in the 19th arrondissement of Paris.
She is research Director of Exceptional Grade at Inserm (French National Institute of Health and Medical Research) and Professor at the Institut Pasteur where she was the Director of the "Regulation of Retroviral Infections" Unit until August 2015. She has been Involved in retrovirology research since she first began working at the Institut Pasteur as a contract worker in 1971. At the time she was studying the relationship between retroviruses and cancers in mice, in particular, the use of a synthetic molecule, named HPA23, which inhibited reverse transcriptase to control leukaemia induced by the Friend virus. After she obtained her PhD from the Faculty of Science (University of Paris) in 1974, she spent a year in Dr Bassin’s lab in Bethesda, USA, undertaking a post-doctoral research fellowship.
She returned to Jean-Claude Chermann's laboratory in 1976, where she was recruited as a research assistant at Inserm and there she studied the natural control of retroviral infections in the host, in particular the role of interferon in controlling endogenous retroviruses, and the functional implication of retroviral sequences on the metastatic potential of tumour cells in mouse models.
In 1983, Barré-Sinoussi was the lead author of a paper published in Science that identified a new Human retrovirus, later named HIV, which caused AIDS. For more than three decades she has been internationally recognized for the huge contribution she has made to HIV/AIDS research. In 1988, she became the Head of her own laboratory at the Institut Pasteur and initiated research programs on viral and host determinants of HIV/AIDS pathogenesis. Barré-Sinoussi was appointed as Director of the Biology of Retroviruses Unit at the Institut Pasteur in 1992. Between 1988 and 1998, she was also involved in a number of collaborative programs on HIV vaccine research using primate models. The Unit she led at the Institut Pasteur was re-named the Regulation of Retroviral Infections Unit in 2005, The Unit´s work has been focussed on better understanding which responses should be elicited, including at the mucosa level, to prevent HIV infection and/or disease progression. The Unit´s approach has involved the study of human cohorts as well as primate and experimental models, to decipher mechanisms implicit in the control of HIV infection and of chronic inflammation/activation, the critical determinants of HIV/AIDS pathogenesis.
A firm believer of Louis Pasteur´s vision of research, Françoise Barré-Sinoussi has been strongly committed throughout her career, to promoting the integration of HIV research with public health, technology transfers and human resources capacity building in resource-limited countries. She has particularly focussed on this area of research through her on-going work with the Institut Pasteur International Network and the coordination of the ANRS research programs in Cambodia and Vietnam. She is also largely recognized for her engagement in advocating for universal access to health for and for defending human rights, especially those of the most vulnerable populations.
Throughout her career, Barré-SInoussi has received more than 40 national and international awards for her contributions to HIV/AIDS, including of course, the Nobel Prize in Medicine in 2008,. In February 2009 she was elected as a member of the French Academy of Science. More recently, she served a term as President of the International AIDS Society, between July 2012 and July 2014.

Popular posts from this blog

Why we wrote Factfulness

GHANA: a new destination for our Minor Global Health 2017

May 12, 2017
A new country added again!! We are very excited to announce that we just added GHANA as a new destination for our Minor Global Health 2017. Elective Ghana ( http://electiveghana.org/home/ ) is our counterpart organizing a beautiful urban & rural global health experience  ;)
Post a Comment
Read more

June 22, 2017
Next Generation  Global Health  Forum 2017 Barcelona 14-15 July 2017 Are you studying medicine, physiotherapy, pharmacy, biology, nursing, epidemiology, public health or something not related to health? Would you see yourself working internationally, in a multidisciplinary team trying to fix current global problems? Then, maybe this conference is something for you. Before deciding if you would like to study Global Health you could find out what are your career prospects after a Master in Global Health/International Health. Netherless to say if you are a current GH student this is something you should definitely not miss! http://ghnetwork.org/ conference/global-health- whats-next/
Post a Comment
Read more